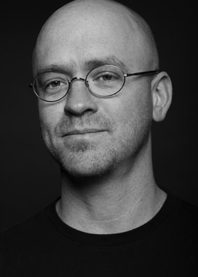 There’s no straight line when it comes to world building…

On an effect heavy film like Maleficent: Mistress of Evil it’s always fascinating to us to understand where the line between the practical and the digital lies in an industry where it keeps shifting from film to film.

We got the unique pleasure to sit down with Visual Effects Supervisor Gary Brozenich about his work on the film, how he got into the business, the importance of having a short hand with the director you are working with and how to really stand out in this side of the business that believe it or not is constantly evolving.

Gary Brozenich: From a personal point of view I think I’d ultimately rather come into something that was more of a blank slate because that just allows for a lot more “fun” when you are inventing the rules of the universe that you are trying to build.  However on this one we really did manage to keep the flavour and the spirit of the first design but we really push it all quite a bit further then had already been established.  A lot of things that were already there got “blinged” up as it were (Laughs), there’s a lot that we pumped up and put on steroids but having already worked with director Joachim Ronning on Pirates of the Caribbean: Dead Men Tell No Tales,  I knew that he definitely wanted to go a bit bigger and expand this world because that’s what he likes to do, so really we managed to have a little bit of both sides of the coin on this one.  But that being said, having that frame of reference from the first film was helpful to answer a lot of questions off the start and establish the ground rules for the direction we had to go, ultimately it was a healthy blend of respecting the original designs but seeing how far we could expand out with it all. How important is to have a second hand with a director like Joachim when coming into a big job like this?

Oh it’s huge and I mean all things considered I’m really still fairly young in this business and you just don’t get that many generations of us who have been lucky enough to work with the same director multiple times.  Those relationships for the most part, just aren’t out there because in the last ten years visual effects has become such a dominating part of the process that it’s all still kind of coming together on that front.  However, with already having a short hand with Joachim having worked together on a similar sized project and with the same studio was a huge benefit.  There was a level of trust that was just already established to at least have an idea of what he was aiming for and also from his end he knew what I was able to bring to the table.  That kind of short hand really just benefits everyone because it all ends up improving what ultimately happens on the screen.

Is there a clear cut path for working in visual effects?  It’s always something that fascinates me because when people look from the outside in about how to become a Visual Effects Supervisor on a major motion picture, they think that it’s a straight line kind of career path but it really isn’t and it can be quite varied.

It’s really quite different now from when I started, I mean I started in Fine Arts and specifically painting.  I’d honestly say I was part of a second wave of people in the industry who got to learn off of all the heavy lifting that the guys at ILM did back in the day, but ultimately everyone came from a different background, for years you couldn’t really ever STUDY visual effects at school.  I’ve worked besides Cambridge math graduates and besides guys who dropped out of high school who eventually ended up working at gaming companies and is probably one of the most brilliant programmers that I’ve ever known.  These guys have written software that has actually changed the industry, so there’s never really been a clear cut kind of path in this industry until pretty recently.  Granted now there are schools where you can study visual effects and then get the chance to jump into a company and get involved in big project really fast where as in the past we were really just honing our craft on whatever opportunities really came our way.  I would say now though that there’s a much clearer path to get involved in the industry, but I will say this.  And this is probably why I don’t get invited to too many talks at schools any more (laughs) but I’d actually encourage people not to necessarily START with studying visual effects right away.  What I’ve always found the most valuable in people in this industry is the different backgrounds that they ultimately can bring to the table.  Someone for example who studied photography before coming into visual effects would have the potential to make some really interesting contributions that may not have come otherwise.  And obviously it doesn’t take away from the countless people who I work with who are great at this job and have just studied visual effects but I think that when the “left-fielders” who can come and give us something maybe a little different are the ones who could really make their mark. Where do you ultimately get more satisfaction from?  When you’re building new worlds and working on fantastic large visuals like in Maleficent or in something a little more grounded in a kind of project where audiences don’t quite know where the real world ends and the effects begin.

To be fair that kind of scratches two different kinds of itches.  On one end and for me personal since it’s more my background I love the world building and things of that nature but on the other end of the spectrum you could talk to lots of people in Visual Effects and there’s so much satisfaction in seeing shots where you just can’t differentiate the effects from the practical and it all looks genuine and real.  Both have their own genuine satisfaction in the work.

When does a Visual Effects Supervisor traditionally get involved in a big production like this?  I would imagine it would be pretty early on, but even after the fact wouldn’t necessarily shock me either.

It really comes down to the film and the filmmaker to be honest.  On Maleficent I think that I literally had one of the very first scripts to have been distributed.  It’s such a visual effects heavy movie and with my already well established relationship with Disney and with Joachim, it didn’t take long for me to get on board and I got involved almost straight away, it was very similar on Pirates with Joachim as well.  Typically there are usually a lot of questions at the early stages of a production like this from all departments and you’ve got to get going.  I was on Maleficent for 2-2.5 years…even longer with Pirates.  Typically on something like this we’re with the directors 24/7 and we’re first in and last out, well almost we usually don’t have to do the press junket (Laughs)

Maleficent: Mistress of Evil is available on Blu-Ray, 4K, DVD and On Demand from all major providers.