Expect The Unexpected From Johnnie To at TIFF This Fall 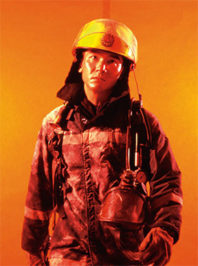 Johnnie To tells TIFF to “Expect the Unexpected”

TIFF’s fall programming continues this weekend with the launch of its newest retrospective Johnnie To: Expect The Unexpected. The series focuses on the career of one of Hong Kong’s most visionary and prolific directors Johnnie To and plays films from all genres of his decade’s long career. Mr. To himself will be present for the opening weekend and will be doing live introductions for the films played on Thursday, Oct 26th and Friday, Oct 27th.

The program launches on the 26th with the film that many still hail as To’s ultimate masterpiece 1999’s The Mission. Lead by stars Anthony Wong and frequent To collaborator Andy Lau, the film features some of the most celebrated action set pieces in To’s repertoire set around the story of a group of gunmen are hired to protect a mafia boss at all costs. But as relationships are tested and ultimately torn apart, the group slowly implode upon on another. The retrospective then takes a turn for the late show that evening as it plays one of the ultimate classic martial arts films, a film that To says deeply inspired his way of filmmaking, King Hu’s 1967 epic Dragon Inn. Not to be confused with the 1992 remake, this is the original from classic Shaw Brothers director Hu, who is credited as the father of the ‘wuxia’ form of martial arts cinema (which some refer to as ‘wire-fu’). Dragon Inn was not only a major influence on To, but it’s also said to be the major inspiration behind Ang Lee’s Crouching Tiger, Hidden Dragon and Zhang Yimou’s House of Flying Daggers. The 27th brings the double bill of classic To gangster films in Election and Election 2: Harmony Is A Virtue aka Triad Election. Both films team Lau with another frequent To collaborator in Louis Koo as rival gang leaders fighting for the election to become chairman of all of Hong Kong’s Triad society. Then on the 28th, the programming takes yet another interesting turn as it plays To’s full-blown musical comedy/drama entitled Office. To displays corruption, shady behind door deals, office romances, new hires desperately trying to climb the corporate ladder and the proverbial ‘girl with a secret’ all in an elegant office setting with characters frequently bursting into song. Its one of the most interesting side steps your bound to see as To tackles a completely different genre with aplomb. The film may be formulaic in parts and predictable, but the characters are very likable and audiences definitely will be engaged until the very end.

The rest of the series plays out in various screenings throughout the months of November and December with a flurry of To’s earlier work including the Stephen Chow classic Justice, My Foot!, Loving You Lifeline, the Johnnie To produced Expect The Unexpected and A Hero Never Dies which is playing on an archival 35mm print. But the real gem of his early work that they have decided to exhibit here is 1993’s Heroic Trio. The 1993 film is a martial arts/superhero mashup that delivers deliriously over the top action and features 3 women who at the time were on the verge of superstardom. Anita Mui (‘Wonder Woman’) had just come off the aforementioned Justice My Foot! and Michelle Yeoh (‘Invisible Woman’) had just finished Jackie Chan’s Police Story 3: Supercop. The most well known of the trio at the time was easily Maggie Cheung (‘Thief Catcher’) as she had already been the co-star of the entire Police Story series as Jackie Chan’s long-suffering girlfriend May and had also just starred in the remake of Dragon Inn. The trio starts as adversaries but grows into a team once the motivations behind all 3 come to light. They then must team together to take down their adversary in full on video game ‘big boss’ style. Heroic Trio is a Hong Kong action classic and the chance to see it on the big screen should not be missed. The series then moves to the 2000’s and beyond with such To films as romantic comedies Needing You… and Help!  Police procedural PTU, his attempt at a more realistic and gritty fight film in Throwdown, the deliriously weird Mad Detective, and one of his most recent crime thrillers Three. Of the latter screenings in the series, the most intriguing one is definitely the delightfully bizarre and charmingly demented Running On Karma. The film stars Lau as a character simply referred to as Big, a former monk turned body-builder who can have visions of people’s lives and future. He teams up with a policewoman to track a murder, even while knowing all along it will be the death of her once they catch him. The film requires the always engaging Lau to act in a ridiculously oversized muscle suit that leads to many bouts of unintended laughter throughout, but in the end, Lau manages to pull off the character despite it all.

With a director as prolific as To some very deserving films have obviously been left out and not included here, (its really too bad we don’t get TIFF screenings of Heroic Trio’s sequel Executioners or Fulltime Killer, Breaking News and Drug War this time around). But, this of course just leaves the audiences thirsty for another retrospective down the road.

Expect The Unexpected runs at the TIFF Bell Lightbox from October 26th – December 28th. Each film has one screening- check the TIFF schedule for showtimes.